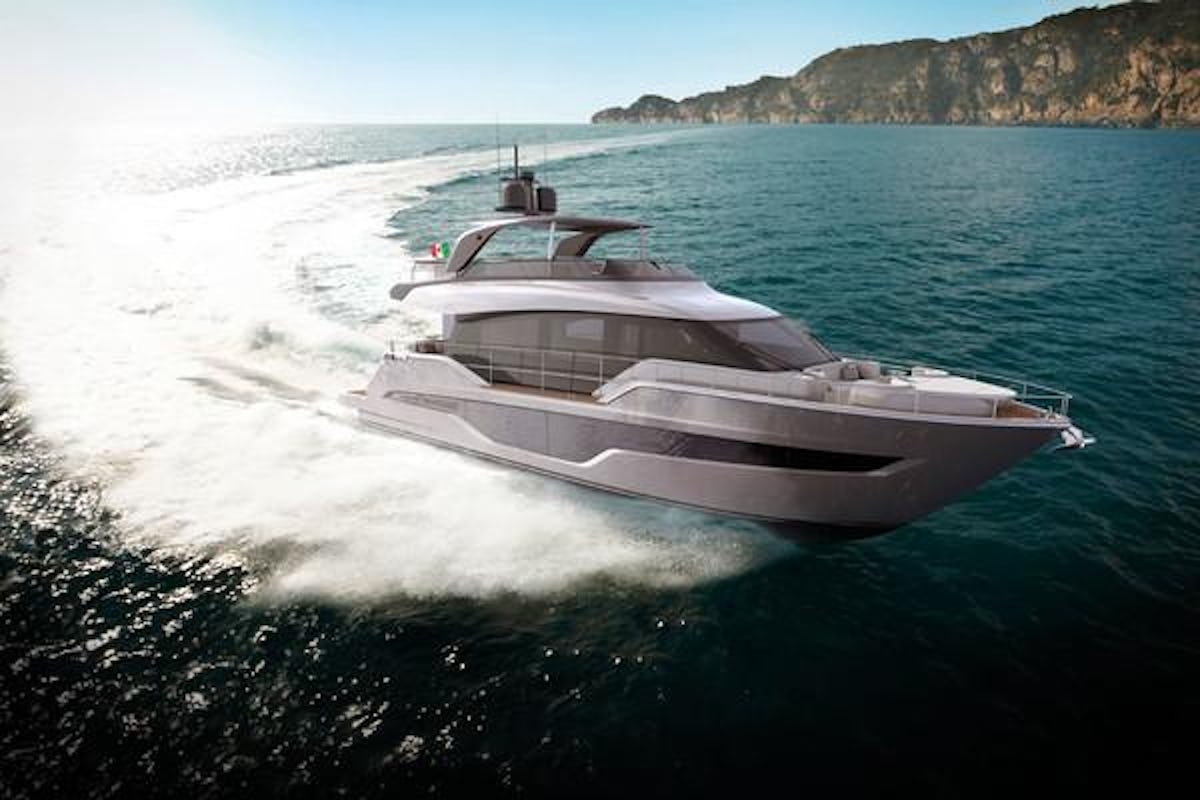 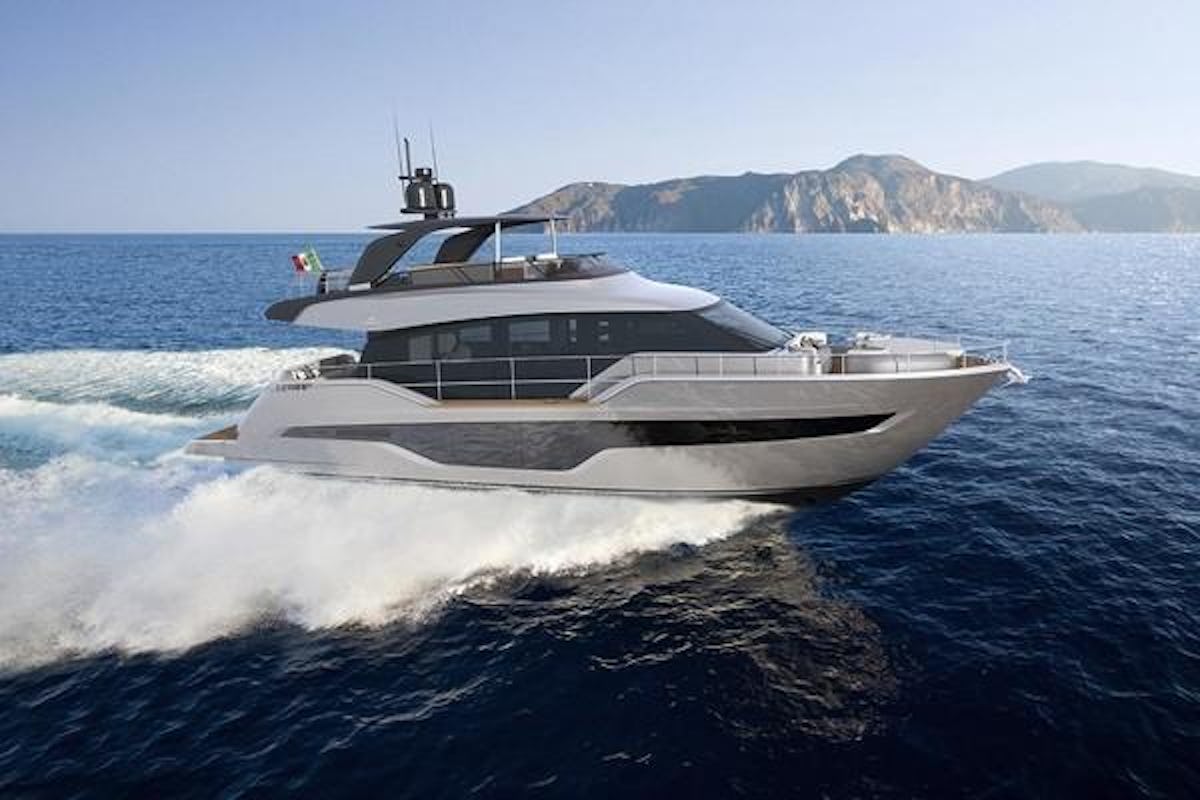 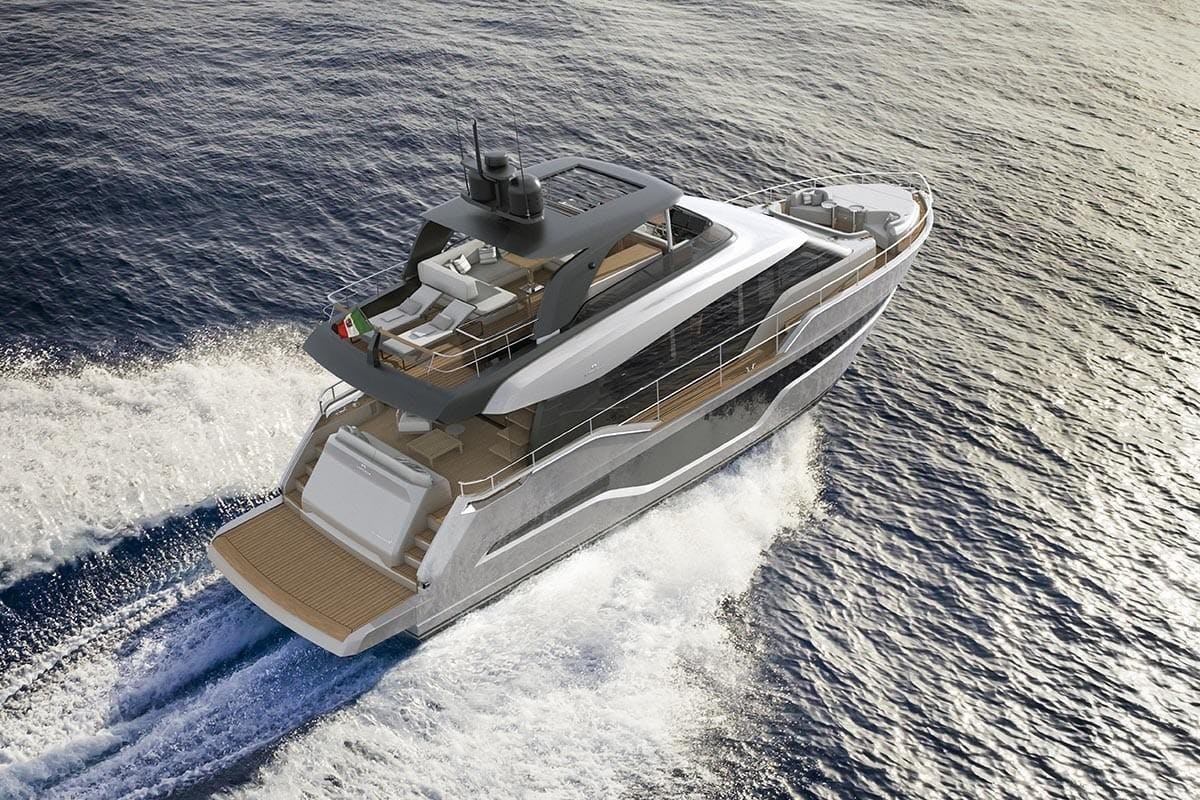 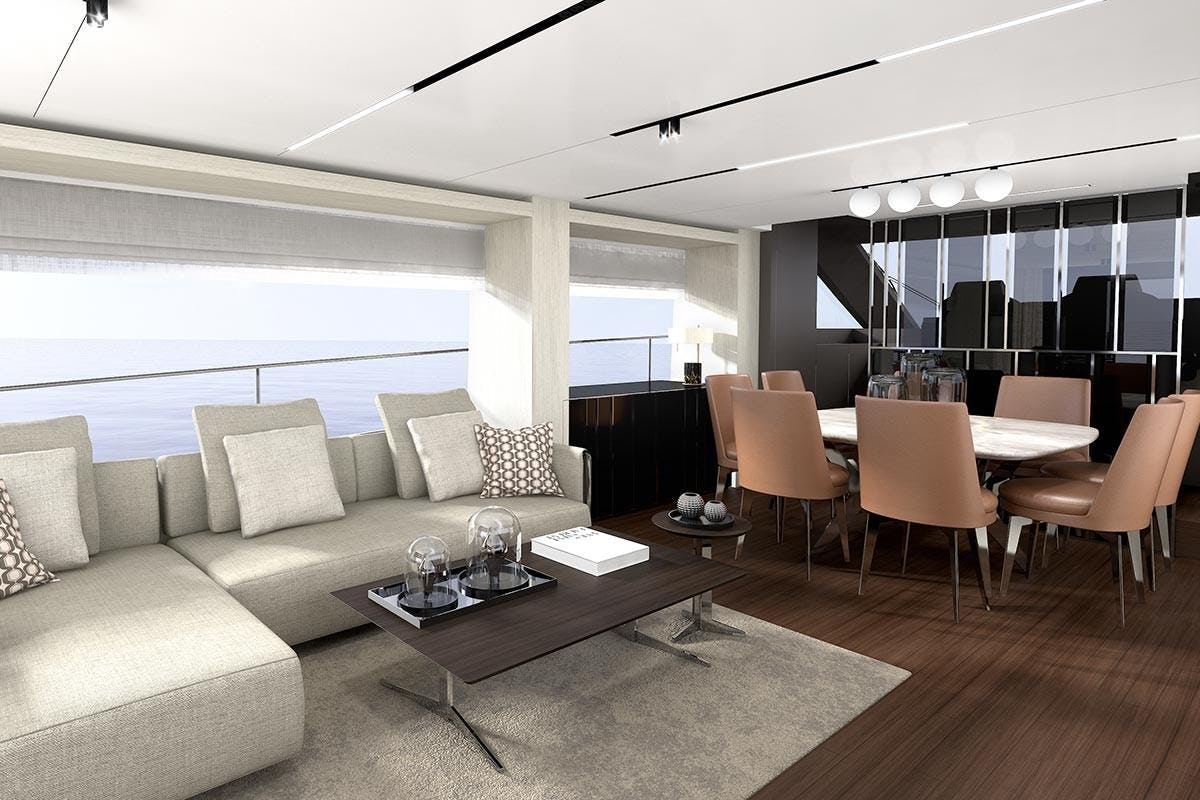 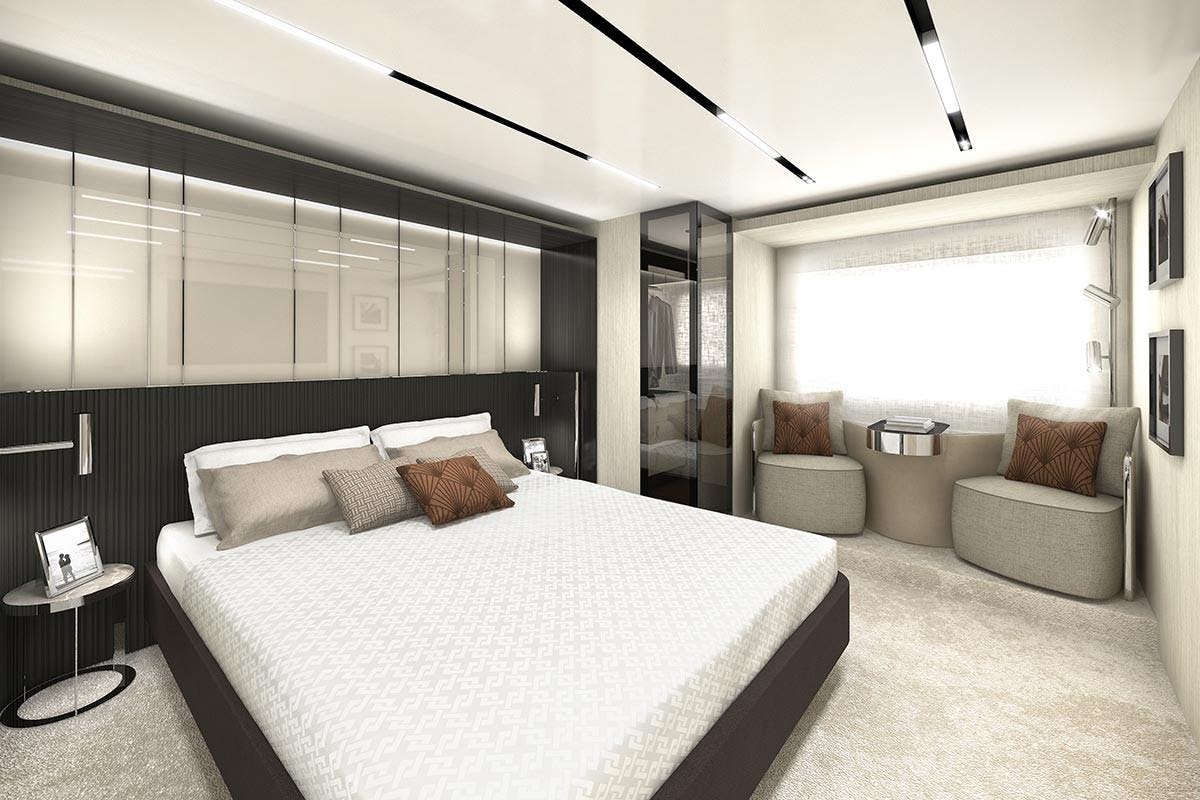 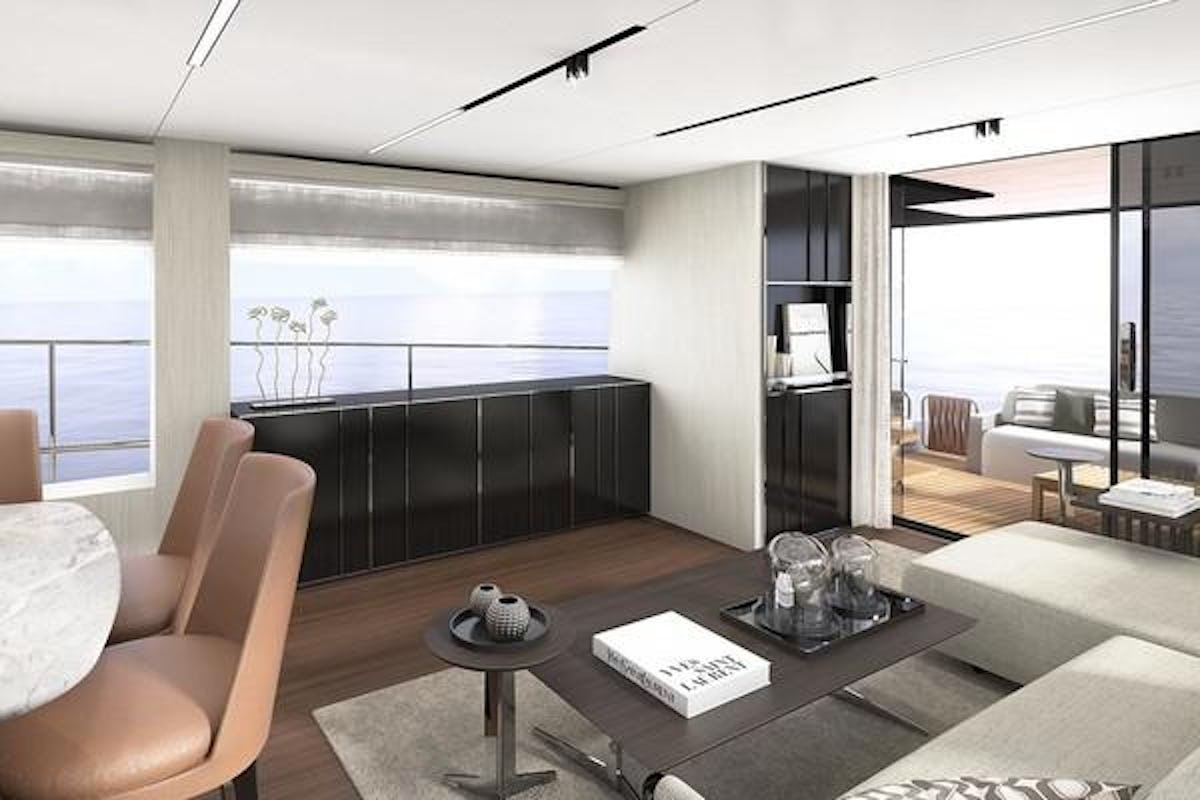 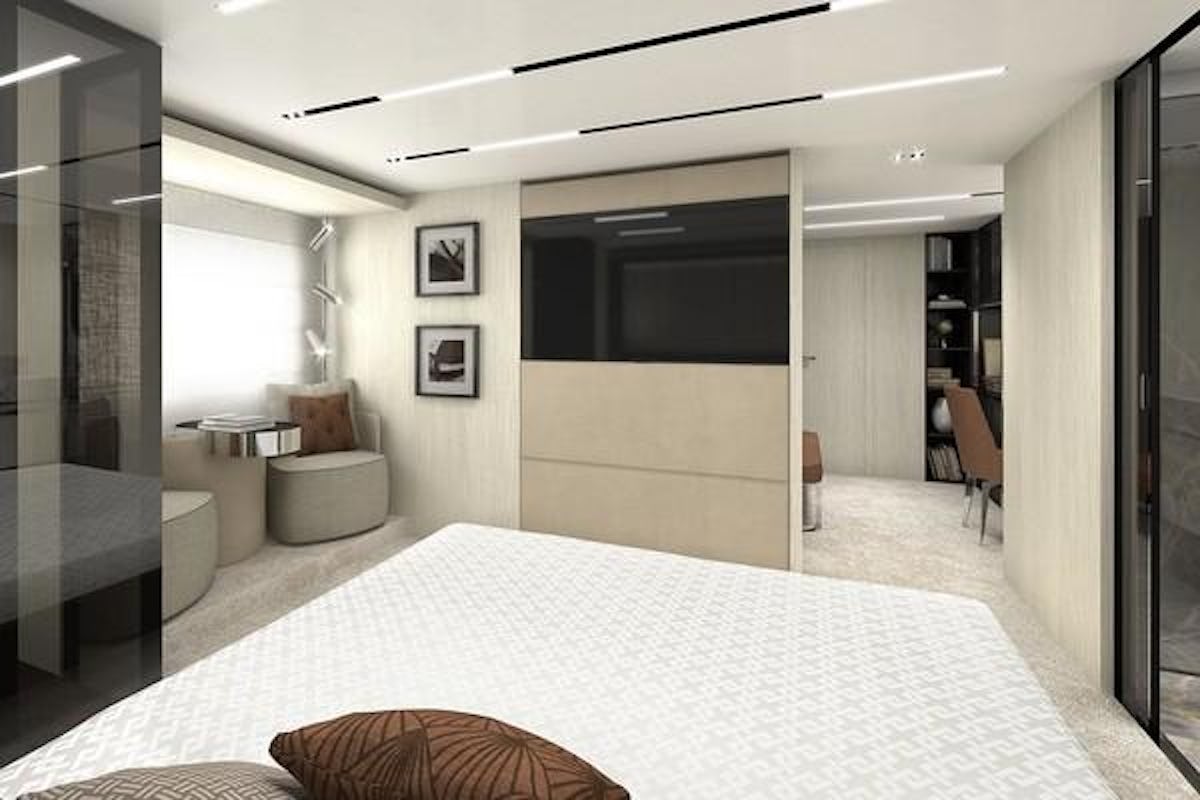 The inspiration that led to the creation of the Cranchi Settantotto first took the form of masterpiece of design, and is now set to become a true icon. The same creative energy that breathed life into the Settantotto is clearly recognisable in the new model: the Sessantasette - the Italian transcription of the number 67. This is the same principle according to which the Cranchi flagship was named Settantotto, and signifies that this yacht will give its owners so much more than its length might suggest: the very best of Made in Italy design and style, coupled with superior technical solutions and an unmistakable profile. In short, everything you might expect from an icon. The lines and shape that characterise this yacht are emblematic, and complement and echo each other throughout the various different elements of the profile. For example, the line which extends from the curve of the stern hatch to the part of the fly that juts out, or between the outline of the windows and the break in the centre of the bulwark. The equipment that enriches the layout and fittings is also remarkable, and represents so much more than mere details - rather, the options selected represent original style choices which demolish the normal standards of the category. The traditional dinette has been rejected in favour of an elegant free-standing dining table in the saloon, surrounded by comfortable armchairs that boast a sleek design. Meanwhile, in the three-cabin version, the owner s suite on the lower deck also features a large study that can be used as an office area. The new Sessantasette also derives its extraordinary technological equipment from the Settantotto, with hi-tech materials and construction techniques that are unrivalled anywhere in the world

In the new season a new yacht will enrich the new Cranchi flybridge range.Â With a length over all that exceeds 67 feet (20.8 meters), the new model will be called Sessantasette, like the number, written in full and in Italian. It is the same principle for which the shipyard's flagship is called Settantotto, meaning that this yacht gives much more than its length might suggest. It offers the best of Made in Italy design and style, superior technical solutions and an unmistakable and already iconic line.

The family feeling with the Cranchi Settantotto is very strong. The project is presented in collaboration with the Research Center of Cranchi Yachts and Christian Grande who is entrusted with the art direction. The lines are emblematic and complement each other, they refer to the different elements of the profile. For example, between the curve of the stern hatch and the projecting part of the fly or between the cut of the windows and the break in the center of the wall.

With the knowledge of the Cranchi Settantotto, the new Sessantasette also derives its extraordinary technological equipment with the adoption of hi-tech materials as well as a construction technique that has no equal in the world. The yacht will thus offer the highest safety standards and the best solutions for stabilisation, containment of consumption and emissions, noise reduction and home automation and entertainment systems.